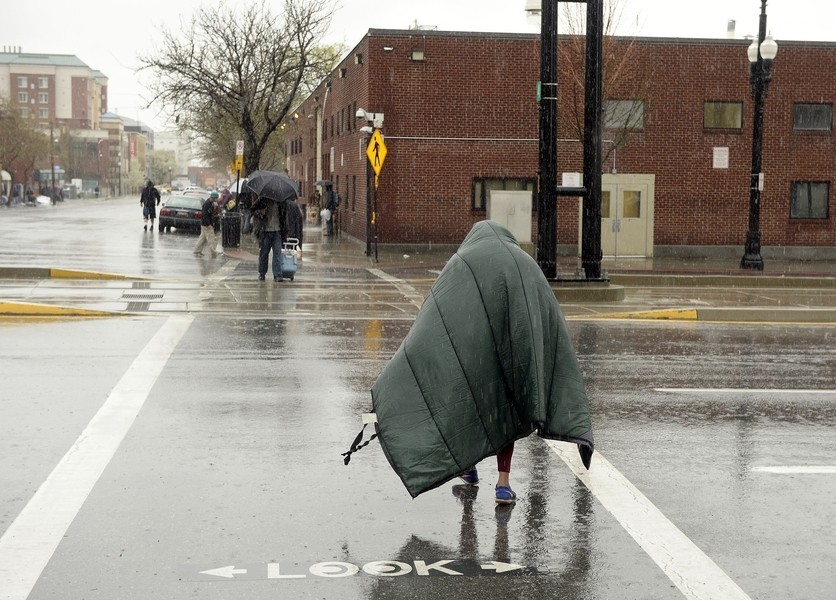 This story has a ‘Brubaker’ feel to it.

It happened over four months ago, and until recently, was known by only a small handful of people.

Last March, Democratic Mayor Ben McAdams put into play something he long felt compelled to do. Due to a state law, he had to select possible sites for three new homeless centers/shelters. Two for men and one for women and children. Regardless of the choices, it would prove highly unpopular in the neighborhoods. Each perspective area arose in fury at the idea. But it had to be done. He needed a more personal perspective. And it was this catalyst that solidified his decision.

McAdams left work on a Friday with Patrick Reimherr, the Director of Government Affairs. They both wore three-day growth. No wallets, money, or I.D.’s  They were dressed in their oldest jeans, sneakers, sweatshirts and hoodies.

Each had a small bag with some clothes, a blue tarp and cheap disposable phones.

And they walked the miles from City Hall to Salt Lake City’s most troubled neighborhood, Rio Grande. They disappeared amongst the thousands of homeless persons in the city. And they immersed themselves with that population.

The first night, they slept in the street. They found a spot amongst hundreds in the area against a building. They wrapped themselves with their tarps.

“I didn’t feel safe,” he said. “I absolutely did not feel safe. It was a very chaotic environment. I wanted to understand why some people would choose not to go into shelter. It was cold. Below 40’s. And it was raining. You wonder why people would choose to do that, knowing that there were beds available in the shelter.” Fights broke out and their was yelling all night.

“Some of the folks i talked to said it’s better to be outside and get some space from the drug trade and shooting gallery that inundates the area immediately in front of shelter doors.”

After a fitful 4 hours of sleep, they headed to the shelter, named The Road Home. The closer they got to the shelter, the more drug dealers plied their wares…mostly heroin, meth, coke and spice.

“The primary buyers are not homeless people. If you take the hundreds of people who are staying at the shelter and empty all of their pockets, there’s not going to be a whole lot of money to buy drugs.”

As bad as the night on the street was, the shelter was a nightmare. It housed over 1000 men. Though rules are in place, and employees and volunteers were present, it was riddled with violence and drugs. Reimherr was assigned a different dorm. McAdams’s bunkmate injected a needle into his arm in front of him. He saw similar in the dorm. The smell of the drugs was prevalent. He witnessed violence. He saw a man pulled from his bunk and heard the loud smack as his head hit the pavement.

The first thing he was told when he entered was to not take off your shoes, use your bag as your pillow and never, ever go to use the bathroom at night.

He now saw why being outside in the rain and cold was preferable.  “At least it was warmer inside.”

The director of The Road Home, Matt Minkevitch, notes that though the area around the shelter is full of drug use, “…instances of people using drugs in the shelter aren’t incredibly common and don’t represent most of the clientele. For 80 percent of the 8,000 people who visited the shelter last year, it was a one-time, brief episode of homelessness before a quick return to stable housing. It’s hard to see that when you’re seeing this repetitive cycle of despair and desperation and the suffering that’s going on with the people who are living on the streets. Who are filthy dirty and confused.”

His time was consumed by solving two pressing needs. “Where am I going to sleep? And where am I going to get food? You have to plan your day around that. It leaves little energy left to search for jobs or housing.”

They ate at Missions and had church sponsored meals. A group outside the shelter handed out sack lunches. A mystery-meat sandwich and a bag of Funyuns.

He met a family with a nine year old autistic child.  “She’s the age of one of my kids,” the mayor said. “It’s heartbreaking to see a young child who’s growing up in those circumstances. What psychological trauma is probably inflicted on a child who doesn’t know where he’s going to sleep or where his next meal is going to come from?”

McAdams ended his experience with one understanding. That “doing nothing is not an option, even if it’s the end of me politically.”

“I knew when I accepted this task that it would come with consequences for me personally. But this work isn’t about me personally. It’s about doing the right thing for people who are in crisis. If I have to pay a personal price for moving this work forward, it’s a price I’m willing to pay.”

”I ran for office to make a difference. Not to have a job.”

By mid-July of 2019, the three new shelters will open, and The Road Home will close. He vows to assist in every aspect of “the shelter experience” into one “focused on rehabilitation and recovery.”

In the meantime, The Road Home is having the area in front on Rio Grande Street made into a courtyard with a fence to help protect the homeless from predatory behavior. That meals will be nutritious with more fruits and vegetables. And he is trying to work out a deal for the local area’s state-run liquor store to move to a different location, away from it’s proximity to the shelter.

“I know that my three days and two nights is nothing. It was a helpful insight. But i knew that if something happened, i have health insurance. I have a family. I have a home. My backstop was a phone call away. I am very, very fortunate.”

Salt Lake, both the county and city, have been models for helping the homeless, compared to most other large cities and counties in the country. Mayor McAdams aims to raise the bar that much higher. In his years at the helm, he has already done so much to tackle this problem. Starting with having local law enforcement not unduly harass the homeless, but to help and assist. This has been something he has been passionate about since he became mayor in 2013. And it’s making a tangible difference. As the following clip shows….