Scholars ask to have their names added to ‘Professor Watchlist’ 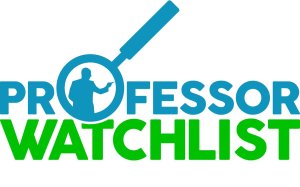 The newly inaugurated U.S. administration has created an atmosphere of violence, racism, Islamophobia, and anti-Semitism. A less discussed aspect of these attacks is on academic freedom. The 2016 election has taken to new extremes the threats to academic freedom. We can see a preview of what this administration intends in their response to the recent cancellations of “talks” by professional provocateur Milo Yiannopoulos, who engages in public, cruel harassment of students who are critical of his extremist views, from the lectern through trigger cameras that project students’ images without their consent. He then proceeds to taunt them and incite actions against them on the basis of their physical appearance, race, sexuality, and gender. Instead of condemning this kind of incitement, President Trump has threatened to withhold federal funding from UC Berkeley after Yiannopoulos’ “talk” was cancelled at UC Berkeley and other UC campuses.

We can also see indications of things to come in the lack of condemnation – hence tacit permission – of attacks by the [David] Horowitz so-called Freedom Center on certain University of California campuses for considering establishing themselves as a set of sanctuary campuses. The recent Executive Order in the form of a travel ban on people coming from seven Muslim majority countries (blocked by an appeals court) has ensnared students, faculty and visiting scholars who have had their academic lives and careers put into jeopardy as a result of the proposed ban. The absence of international scholars from large parts of the Middle East would severely affect the quality and reach of our educational institutions. Similarly, the anti-immigration bashing and the threat to build a wall with Mexico puts the important DACA (Deferred Action for Childhood Arrivals) in jeopardy, directly threatening our undocumented college students. The politically motivated attacks on research scientists working on climate change and fetal tissue research are further indications of a political climate intent on thoroughly trampling over academic freedom.

Furthermore, with regard to academic freedom and free speech, a legislator in the state of Arizona proposed a bill that would prohibit state institutions from offering any classes or activities that “advocate solidarity” or “promotes division, resentment or social justice toward a race, gender, religion, political affiliation, social class or other class of people.” In other words, discussion of social justice should not be part of the educational curriculum. While this bill died before it reached a vote, Arizona already bans the teaching of ethnic studies in K-12 education, a law that is being challenged in court. We can expect to see more of these attempts to limit academic freedom in the coming four years. These initiatives are important for us to know and attempt to counteract. These are very direct interventions in our campus lives, potentially putting a chill on our educational atmosphere and affecting academic freedom.

A recently formed “Professor Watchlist” purports to alert students about professors they claim “advance a radical agenda in lecture halls.” This watchlist echoes Horowitz’s project, Campus Watch and the insidious, anonymously sponsored Canary Mission. The latter lists both faculty and students, threatening the latter with slanderous public information for use by prospective employers and the former with threats of violence. The Professor Watchlist names numerous professors from California institutions of higher learning. In response to the Professor Watchlist, faculty from throughout California, at public and private universities, have followed the lead of faculty at the University of Notre Dame, in sending the Professor Watchlist our names to be added to their list. We refuse to be intimidated by such harassment tactics.

Below is a letter we are sending to Professor Watchlist:

We, the undersigned faculty in various universities and colleges in California, write to request that you place our names, all of them, on Professor Watchlist.

We make this request because we note that you currently list on your site several of our California colleagues, such as Professors Bettina Aptheker, Nancy Scheper-Hughes, Melina Abdullah, Hatem Bazian and some 20 others, whose work is distinguished by its commitment to reasoned, fact-based civil discourse examining questions of tolerance, equality, and justice. We further note that nearly all faculty colleagues at other institutions listed on your site, the philosophers, historians, theologians, ethicists, feminists, rhetoricians, and others, have similarly devoted their professional lives to the unyielding pursuit of truth, to the critical examination of assumptions that underlie social and political policy, and to honoring this country’s commitments to the premise that all people are created equal and deserving of respect.

This is the sort of company we wish to keep.

We surmise that the purpose of your list is to shame and silence faculty who espouse ideas you reject. But your list has had a different effect upon us. We are coming forward to stand with the professors you have called “dangerous,” reaffirming our values and recommitting ourselves to the work of teaching students to think clearly, independently, and fearlessly. So please add our names, the undersigned faculty from California institutions, many of whom belong to California Scholars for Academic Freedom, to the Professor Watchlist. We wish to be counted among those you are watching.