AIPAC: The Voice of America

There can be no doubt, at least as far as Middle East Policy is concerned, that AIPAC is the Voice of America.

Although I have heard AIPAC pronounced in two distinct ways, one of which is A-PAC, I have chosen to pronounce the acronym with the same initial sound as in the word ‘aisle’. To me, this pronunciation is more appropriate, because the use of the A for America sound is subtly misleading. The organization has nothing to do with A for America, it is all about I for Israel.

In the graphic illustration near the end of this video, had the mathematical relationships been absolutely accurate, either the Orange would have filled the screen or the pea would have been invisible. The discrepancy between the power AIPAC wields, compared to the rest of the American population, is immense, and that power benefits one nation: Israel.
….

A closer look at how the members of the American Israel Public Affairs Committee exercise a grotesquely disproportionate amount of power over the foreign policy of the United States.

My thanks to YouTube7hevo1d for the Dollar Drain animation — http://www.youtube.com/7hevo1d and to David Dees for his incisive graphics — http://www.dees2.com/

While I was checking the final edit of this video, the Israelis gave the world yet another stark reminder that they are not fit to control a collection of bumper cars, let alone a land they have stolen from others, much less an arsenal of over 200 nuclear weapons. Clearly, Israel does not want peace with the Palestinians or anyone else in their region, yet the membership of AIPAC, the American Israel Public Affairs Committee, support, aid and abet these criminals in their disregard for the lives of others. They have done their best to suppress the Goldstone Report on the 2008/9 attack on Gaza, and now, no doubt, they will side with Israel in their latest atrocity. I am referring to the attack of May 31st, 2010, on the Gaza Flotilla which was attempting to bring much-needed humanitarian aid to the Palestinians in their beleaguered, fenced-off, Apartheid Prison called The Gaza Strip.

Do these Israelophants, the members of AIPAC, realise just how the rest of the world views them, Israel, and, because of the connections, the United States and its citizens? If they don’t, then I can tell them: With deep suspicion, dismay and an increasing lack of respect, because, it seems, Americans are incapable of running their own country, decently, by electing officials who don’t take bribes or other favours, but who have the interests of their own constituents in mind when they vote on how their taxes should best be spent. And no half-way decent public official would vote to invade another country, in order to steal its oil and other resources, under the pretext of protecting their own security, and Israel’s from thousands of miles away. A majority of the current membership of the United States congress are, in fact, traitors to their own nation, because they have indicated, time and time again, a desire to put the protection of the Apartheid State of Israel ahead of considerations for the safety and security of the realm to which they have been pledged their allegiance: The United States of America.

Treason from Within
“A nation can survive its fools, and even the ambitious. But it cannot survive treason from within. An enemy at the gates is less formidable, for he is known and he carries his banners openly. But the traitor moves among those within the gate freely, his sly whispers rustling through all the galleys, heard in the very hall of government itself. For the traitor appears not a traitor — he speaks in the accents familiar to his victims, and wears their face and their garment, and he appeals to the baseness that lies deep in the hearts of all men. He rots the soul of a nation — he works secretly and unknown to undermine the pillars of a city — he infects the body politic so that it can no longer resist. A murderer is less to be feared.”
Cicero, 42 B.C.

Because of the uncertainties and ambiguities associated with U.S. aid to Israel, arriving at a precise figure for total direct U.S. aid to Israel probably is not possible. Parts of it are buried in the budgets of other government agencies—mostly the Defense Department—or in a form not easily quantifiable—such as the early disbursement of aid, allowing Israel a direct gain and the U.S. Treasury a direct loss of interest on the unspent money. The figures quoted in the video have been taken from the Washington Report on Middle East Affairs, November 2008, pages 10-11; subtitled Congress Watch.
http://wrmea.org/component/content/article/245-2008-november/3845-congress-wa…

Other references on aid to Israel:
http://www.globalresearch.ca/index.php?context=va&aid=6784 http://www.informationclearinghouse.info/article21790.htm 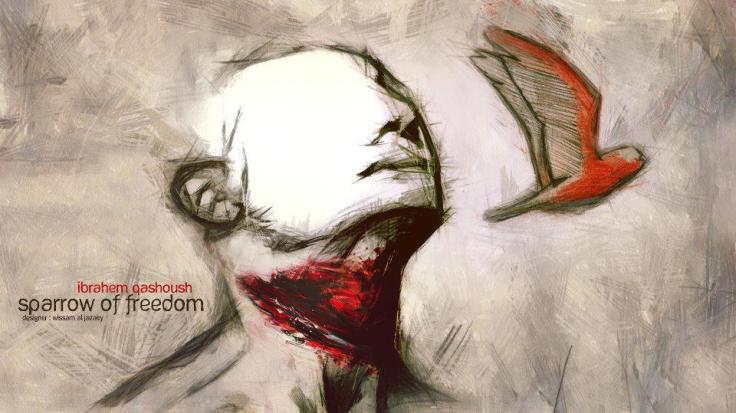 Iraq: After the Americans

In keeping with Barack Obama’s presidential campaign promise, the US has withdrawn its troops from Iraq and by the end of 2012 US spending in Iraq will be just five per cent of what it was at its peak in 2008.

In a special two-part series, Fault Lines travels across Iraq to take the pulse of a country and its people after nine years of foreign occupation and nation-building.

Now that US troops have left, how are Iraqis overcoming the legacy of violence and toxic remains of the US-led occupation, and the sectarian war it ignited? Is the country on the brink of irreparable fragmentation?

Correspondent Sebastian Walker first went to Baghdad in June 2003 and spent the next several years reporting un-embedded from Iraq. In the first part of this Fault Lines series, he returns and travels from Basra to Baghdad to find out what kind of future Iraqis are forging for themselves.