On Listening Post this week: Listening in at the Leveson Inquiry: Former British prime minister Tony Blair and cabinet minister Jeremy Hunt take the stand. And, the Washington Post 40 years after Watergate.
It has been one of the biggest, most protracted media scandals the world has ever seen. It started with a single rogue reporter but is now tainting British governments, both past and present, and could very lead to new set of rules and regulations for the UK media. This week, the drama intensifies at the Leveson Inquiry as former prime minister Tony Blair and current cabinet minister Jeremy Hunt take to the stand.

In his address on Sunday, Assad defended political reforms implemented by his government and continued to blame terrorists and foreign powers for violence in the country.

His comments on Sunday were the first since the massacre a week ago in the central town of Houla that killed more than 100 people, nearly half of them children.

Below is a selection of soundbites from Assad’s 70-minute speech.

“We have to fight terrorism for the country to heal.”

“We will not be lenient. We will be forgiving only for those who renounce terrorism.”

“What we are facing is a conspiracy of sedition, division and destruction of our homeland.”

“We are not facing a political problem because if we were this party would put forth a political programme. What we are facing is (an attempt) to sow sectarian strife and the tool of this is terrorism.”

“We will continue firmly confronting terrorism, leaving the door open for those who want to return… I urge all those who are still hesitant to do so, to take this step. The state will not take revenge.”

“This crisis is not an internal crisis. It is an external war carried out by internal elements.”

“The masks have fallen and the international role in the Syrian events is now obvious.”

“What happened in Houla and elsewhere [in Syria] are brutal massacres which even monsters would not have carried out.”

“If we don’t feel the pain that squeezes our hearts, as I felt it, for the cruel scenes – especially the children – then we are not human beings.”

“We started a difficult reform process and we took some important steps according to a declared timetable.”

“We welcome new members who will bring new blood to parliament and appreciate your will to run for office in these difficult times.”

“Syria will always be a symbol of resistance and defending rights.“

“Holding elections on time was the response to the criminal killers and those who finance them.”

“Fulfilling your legislative role rightly needs a vision based on dialogue inside parliament and staying in touch with citizens.”

“Our country will recover and our citizens will enjoy peace, stability and sovereignty.”

“If we work together, I confirm that the end to this situation is near.” 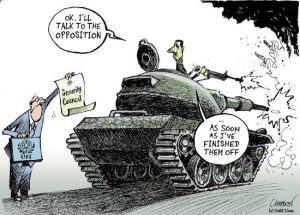