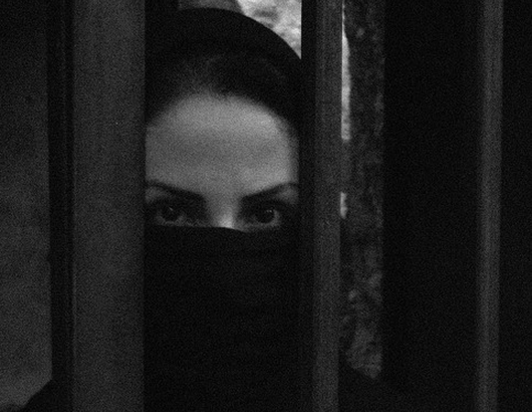 16 YO Amina’s parents forced her to marry her rapist to preserve their “dignity”, she killed herself to preserve her own. #RIPAmina #Morocco

#previoustweet what is even more sickening, how they think the rapist is doing the girl a favour by marrying her! #RIPAmina

The story of a 16-year-old Morrocan girl who committed suicide after being forced to marry her rapist reverberated through the Arab world on Tuesday. Amina reportedly ingested rat poison in her hometown Larache, in norther Morocco, on the weekend as a last resort to escape her marriage and the domestic violence she experienced at the hands of her husband. The girl’s plight dates back to a year ago, when she was reportedly raped by a man 10 years her senior. After the incident was reported to authorities, the two families struck a deal in which Amina was married to her rapist to preserve her family’s ‘honour’. This example of a practice which is still common in some parts of the Arab world struck a nerve with many. Tweets tagged with #RIPAmina spread like wild fire through social media on Tuesday as many condemned laws that exempt rapists from punishment if they marry their victims.

Hadear Kandil هدير @hadearkandil
16 YO Amina’s parents forced her to marry her rapist to preserve their “dignity”, she killed herself to preserve her own. #RIPAmina #Morocco
13 Mar 2012

Amina’s case is far from an exception in the Arab world and one blogger and Middle East analyst commented that it is common to blame women if they get raped.

Nervana Mahmoud @Nervana_1
#previoustweet what is even more sickening, how they think the rapist is doing the girl a favour by marrying her! #RIPAmina
13 Mar 2012

Nevertheless, the news that her parents forced her into marriage prompted outrage. In a mock personal ad one Moroccan Twitter user wryly joked: “I am a charming girl of 16 years, seeking a kind pervert or preferably rapist for marriage and more if we hit it off”:

Some reports claimed that the judge presiding over the matter in Tangier, northern Morocco, was responsible for the marriage but as one Egyptian Twitter user pointed out, under Moroccan law nobody can be married against his or her will:

Bassem Sabry @Bassem_Sabry
From what I have read in Moroccan family law, a woman cannot be forced into marriage. I think there was some inaccurate reporting. #RipAmina
13 Mar 2012

Instead, it appears more likely that the girl’s family forced her into marriage:

Bassem Sabry @Bassem_Sabry
Cont.: thus, most likely, the family judge recommended marriage as a solution, and Amina’s parents forced her to accept. A tragedy.#RipAmina
13 Mar 2012

A Syrian also laid the blame with the parents who arranged for the union:

Enas @itsEnas
#RipAmina :Disregarding the judiciary decision that consented on her marriage with her rapist,the massive problem is her parent’s consent.
13 Mar 2012
Read more tweets  here

This is a note from a Syrian in Latakia:

Dear Joshua, I am a christian Syrian living abroad. Last month I went back to Syria and spent a week with my parents in Lattakia. Here are some observations.

“The son of my 2nd grade teacher is in prison. He was caught distributing pro opposition fliers. A few days ago, his flat burned down and his 3 kids died in the fire. His wife is in a critical condition.

A relative of my family lawyer, a university student was arrested couple weeks ago in Damascus. She was released the day I arrived.

Another guy from our neighborhood, though known to be pro regime, was picked up by the secret police at the university as he was leaving his mid term exam room. He disappeared for 2 weeks. He was just released…. Some name miss match they explained.

I was stopped at the airport. Was called to Damascus for questioning by an officer in one of the security branches. Without my father’s connections I am sure I would ve not been able to get the travel permission and to leave on time. I still don’t know what they wanted from me.

We hear stories about kidnappings taking place in the eastern part of the country near Deir Ezzor, in Homs and on the outskirts of Damascus in exchange of ransom.

Lattakia is one of the cities the least affected by the events. It’s kept under tight control by a strong pro regime presence. The government is doing all it can to show that it’s business as usual. They do amazing cleaning job after each Friday clashes. As I hang out with some friends at a coffee shop in the afternoon, life seems to go on as usual in the busy streets… but something weird is felt in the air… a thick layer of pessimism and anxiety is hanging over the city… everybody feels that it is boiling and it might explode at any moment. You can’t miss the signs:

My high school has become an army base. The main city square, less than 1000 yards from my parents flat and a center of protests in the early days, is now filled with soldiers and sand bags. “Al Assad soldiers” they proudly painted on the walls.

My friends drove me by the Ramel neighborhood. One of the hot areas in town. Army check points with sand bags control all streets entering the neighborhood. “POLICE” is painted on them. We all know it is the army who controls them and not the police.

Gunmen in civilian clothing are present at all hospital entrances. They are there to arrest wounded protesters seeking treatment.

4×4 trucks with armed men and mounted machine guns pass by every now and then.

The price for heating fuel has sky rocketed. The price for cooking gas has doubled. It s cold in my parents and my friends flats. It’s been one of the coldest and rainiest winters in Syria. People wear many layers indoors and sleep with thick wool covers- these are still the privileged neighborhoods. I can’t imagine the living conditions in rebelled areas.

I have just come back from a week stay in Syria. I left as the bombing of Homs was about to begin.”

To My Unborn Children

To my unborn children,

I know you probably won’t be there to read this. Maybe I would be dead before you see the light. Or rather, witness how very inhumane and so unjust this world has become. I’ll just write anyway, maybe at least your elder brother or sister witnesses all that and read this.

Ever since I came to Gaza, I’ve been dreaming of a better life. Peaceful and quiet. No explosions or blood. No injuries or martyrs. Nothing but a regular peaceful life each and every one of us would wish for.

In Gaza, everything is different. In Gaza, Israeli F16s substitute birds. In Gaza, we sleep on the continuous buzzing coming from the ever-existent drones. We wake up to find that there’s no electricity. In Gaza, explosions are the sunshine and the smell of ash is the cent of the city.

My beloved unborn children, being a Gazan means that you’re strong willed, courageous, and like no other. As you grow up, you’ll learn all about the different kinds of weapons and arms both allowed and internationally forbidden. What’s different in Gaza is that Israel doesn’t distinguish its targets. Meaning, they kill anything that moves with a smile. Frankly, they would kill us more than once if possible.

Growing up in Gaza isn’t easy. Growing up in Gaza is a challenge. A quest. And the reward is a strong courageous personality. So brave to the point that you’d stand in front of a tank with a bare chest and a rock. Daring it to move forward yelling ‘over my dead body’. More like mashed if you want to know.

Another thing you’ll gain as a Gazan is that you’ll be able to distinguish the sounds of whatever that kills. Be a M-16, AK-47, .50 Cal, Shells from the Israeli warships in the sea, warplanes in the sky, tank shells, and the list goes on forever. Living in Gaza is a challenge of patience. Only the strong and the brave can survive. By survive, I mean living yet another day of struggle and a million hardships a day.

PS: tell your mother that I love her so much. Kiss her cheeks and forehead for me.

With all my love,
Papa.