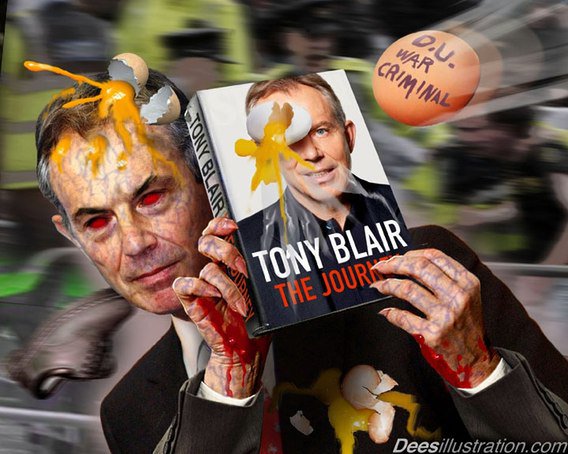 How the author of death and destruction on an epic scale
and, notably under false pretences,
can’t face a few unarmed protesters simply disagreeing with him:

A Palestinian human rights worker has reported that Israeli forces continue to prevent, Umm Ibrahim, an elderly woman in her 70s, from visiting her son after 14 years on the pretext that she poses as security threat to Israel. Umm Ibrahim had no choice but to find a Palestinian family from neighbouring area to adopt her son and visit him on her behalf, as she has previously done with other Arab prisoners.

Abdel Nasser Farwana who is a researcher specialising in prisoner affairs added that Umm Ibrahim Baroud, from Jabalia refugee camp in the northern Gaza Strip, is one of thousands of Palestinians barred from visiting their sons who are being detained in Israeli jails on various pretexts. These include so-called security reasons that are used by the Israeli authorities to punish prisoners and their families.

Farwana stressed that the security-related measure of banning visits to prisoners is no longer an exceptional practice and constitutes a worrying phenomenon since the outbreak of the al-Aqsa Intifada (uprising).

This measure has become an established policy through which the families of thousands of detainees are denied the right to visit their sons. The pretext given has been “security reasons” and that families’ access to prisons constitutes a threat on Israeli security. Therefore, nearly one third of Palestinian prisoners are banned from family visits for various excuses.

Farawana also said that Umm Ibrahim is a witness to this unfair policy that has nothing to do with security. Rather, it is a policy that in its essence and implementation reflects the Israeli Occupations mentality of revenge which is clearly manifested in the way that it deals with prisoners and their families. These policies aim at punishment, preventing family reunions and communication and making things as difficult as possible to maximise suffering.

Farwana appealed to all international organizations, with the International Committee of the Red Cross at their forefront, for urgent intervention to lift the security ban on prisoners’ relatives in general, and with the aim of ensuring the resumption of the visits schedule and allowing all families to visit their sons in prisons.

He also mentioned that Umm Ibrahim’s eldest son, Ibrahim Baroud, 48, had been arrested on the 9th of April, 1986 and sentenced to 27 years – so far he has served 24 years, during which he was moved between several prisons. He is currently held in the Ashkelon prison.

JERUSALEM (JTA) — Three activists, including an Israeli lawmaker, heckled actors during a performance at a theater in Tel Aviv.

Monday night’s disruption was a protest of the more than 50 Israeli theater professionals who signed a petition in late August saying that they will not perform in the new Ariel cultural center in the West Bank when it opens in November. The activists included Knesset member Michael Ben-Ari of the National Union Party.

Both the playwright and the director of Monday night’s show at the Cameri Theater signed the petition.

Lead actor Oded Teomi, one of the Cameri’s veteran performers, did not sign the letter and tried to tell this to the hecklers.

“Because of your behavior, maybe we should consider whether there is anything to perform to in Ariel,” he then told the protesters, Haaretz reported.

The Ariel cultural center, which cost more than $10 million, was built with public funds. Several major Israeli theaters are scheduled to stage productions there this year.

At least 150 Israeli academics and authors, and another 150 American and British television and film professionals, also threw their support behind the boycott.

Ariel is one of the largest Jewish settlements in the West Bank.

Lysander September 6, 2010 at 5:24 pm
It seems the whole story about stoning to death is nonsense. Here is a comment by b (Bernhardt) formerly of moonofalabama.com posted at Pat Lang’s sic semper tyranis blog.

“There is a lot of propaganda around this story and hardly a fact reported in the western media.

From what I gathered:

1. The woman was sentenced by a low court for aiding and abetting to murder her husband and for adultery and the punishment of stoning to death.

But in July the highest Iranian court judged that this was invalid and that the lower courts opinion was false.

There simply is no case anymore against that woman for adultery and there is no legal sentence of stoning her to death. It simply doesn’t exist anymore.

2. There is a sentence against the woman for aiding and abetting to the murder of her husband. That sentence is to 10 years of prison.

So far the facts.

Since 2002 stoning is abolished in Iran. While it is still on the books, it is no longer used.

The Iranian judiciary officially placed a moratorium on stoning in 2002, although the punishment remained on the books, and there were a few cases of Judges handing down stoning sentences in 2006 and 2007 [21] In 2008, Iran’s judiciary decided to fully scrap the punishment from the books in a legislation submitted to parliament for approval.[22] As of June 2009, Iran’s parliament has been reviewing and revising the Islamic penal code to omit stoning as a form of punishment.[23]
…
In July 2010, the Iranian judiciary spokesman Jamal Karimirad was quoted as saying “Stoning has been dropped from the penal code for a long time, and in the Islamic republic, we do not see such punishments being carried out”, further adding that if stoning sentences were passed by lower courts, they were over-ruled by higher courts and “no such verdicts have been carried out.”[26]

A crazy judgment by a lower court is certainly not something unusual even in the U.S.

So what is all the fuzz about if not for simple Iran bashing to prepare the public for war against Iran?” 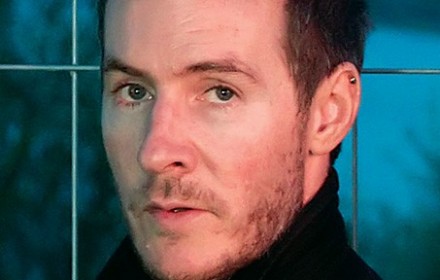 The movement for a cultural boycott of Israel in response to its treatment of the Palestinians, modelled on the boycott of apartheid South Africa, could eclipse decades of disingenuous political charades in engaging western intellectuals, academics and artists. Internationally renowned figures such as Naomi Klein and Ken Loach have supported the call, and now one of Britain’s most successful bands, Massive Attack, is publicly backing the boycott.

“I’ve always felt that it’s the only way forward,” Robert Del Naja, the band’s lead singer, tells me when we meet at the Lazarides gallery in Fitzrovia, London. Del Naja is an artist as well as musician and his face and fingers are speckled with paint. Dozens of his pictures are strewn
all over the wooden floorboards, drying. “It’s a system that’s been applied to many countries. It’s a good thing to aim for because it applies the continual pressure that’s needed.”

Musicians have a history of rallying the public to supporting political causes. The global anti-apartheid movement got the fillip it desperately needed when musicians began supporting it. The single “Sun City” by Artists United Against Apartheid in 1985 and the 70th-birthday tribute concert for Nelson Mandela at Wembley in 1988 catapulted the cause into millions of ordinary homes.

“I think musicians have a major role to play,” Del Naja says. “I find the more I get involved, the more the movement becomes something tangible. I remember going to ‘Artists Against Apartheid’ gigs, and ‘Rock Against Racism’ gigs around the same sort of time. Bands like the Clash and the Specials had a lot to do with influencing the minds of the youth in those days.” Those formative experiences are still evident in Massive Attack’s outlook today. A typical gig by the band is a blistering fusion of music with political messages and statistics flashed up on video screens, while the band regularly lends support to humanitarian causes.

Calls for a boycott were first issued five years ago by the Palestinian Campaign for the Academic and Cultural Boycott of Israel, but a series of developments beginning with the Gaza war in winter 2008-2009 have led to rising support for the campaign. After Israel’s deadly raid on the Gaza Freedom Flotilla in May this year, a number of leading artists, including the Pixies, Elvis Costello and Gorillaz, cancelled concerts in Israel. In August, 150 Irish visual artists also pledged not to exhibit in Israel, but it is musicians who have been the most prominent international supporters of the boycott.

Their views are not unanimous, however. Other musicians, from Elton John and Diana Krall (Costello’s wife) to Placebo and John Lydon, have refused to cancel concert dates in Israel. Some have insisted that engagement with Israel is more productive – a stance that Del Naja rejects. “We were asked to play Israel and we refused,” he says. “The question was asked: ‘If you don’t play there, how can you go there and change things?’ I said: ‘Listen, I can’t play in Israel when the Palestinians have no access to the same fundamental benefits that the Israelis do.’ I think the best approach is to boycott a government that seems hell-bent on very destructive policies. And it’s sad, because we’ve met some great people in Israel, and it’s a difficult decision to have to make.”

Beyond the arts world, an increasing number of trade unions, student unions and churches are signing up to the Boycott, Divestment and Sanctions (BDS) movement. Even an Israel-based group, Boycott from Within, backs the campaign, stating that its government’s “political agenda will change only when the price of continuing the status quo becomes too high . . . because the current levels of apathy in our society render this move necessary”.

“We are not going to achieve a quick lib­eration,” Del Naja concedes, but says the point is to apply “pressure, the continual pressure that’s needed”. And the threat of international isolation and economic repercussions is clearly starting to bite: Israel’s parliament, the Knesset, recently passed the first reading of a bill that would impose heavy fines on Israeli citizens who initiate or support boycotts against Israel, and a bill to bar foreigners – like Del Naja – who do the same from entering Israel for ten years.

“The boycott is not an action of aggression towards the Israeli people,” he says. “It’s towards the government and its policies. Everyone needs to be reminded of this because it’s very easy to be accused of being anti-Semitic, and that’s not what this is about.”

William Parry’s “Against the Wall: the Art of Resistance in Palestine” is published by Pluto Press (£14.99)