SUPERPOWER: The Truth Can Be Hidden

“The only thing new in the world is the history you don’t know.” -Harry S. Truman

a documentary film by Barbara-Anne Steegmuller

SUPERPOWER is a comprehensive film that asks tough questions and goes behind the scenes of America’s national security apparatus and military actions. Far from a conspiracy film about the dangers of government secrets and regime change, this well-balanced film straddles the philosophical divide and allows viewers to understand the US quest for global dominance through economic and military strategy that is exposed through review of historical events, personal interviews, and analysis of US foreign policy.

Featuring interviews with Michel Chossudovsky, Bill Blum, Chalmers Johnson and Noam Chomsky and many others. 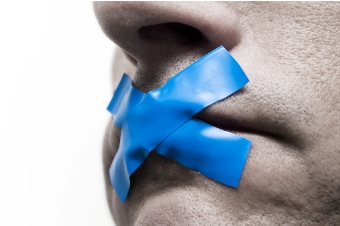 There you go, Oliver Stone apologized for suggesting that the Jewish lobby controls Washington’s foreign policy and that Hitler’s actions should be put into context.

In fact, Stone’s apology confirms Stone’s argument. We are subject to constant assault by Jewish and Israeli gatekeepers who insist on controlling the political and historical discourse and defy any possible criticism of Jewish national affairs.

“In trying to make a broader historical point about the range of atrocities the Germans committed against many people, I made a clumsy association about the Holocaust, for which I am sorry and I regret,” Stone said in a statement released late Monday, the day after his remarks were published in a British newspaper.

JTA reported today that Elan Steinberg, vice president of the American Gathering of Holocaust Survivors and their Descendants, was among the Jewish organizations and Israeli officials to condemn the remarks.

Steinberg in a statement said Stone’s apology “was necessary and we accept it. But whether he acted out of sincerity or as a desperate response to the moral outcry at his comments is an open question,” he added. “He must be judged by his future words and deeds.”

Steinberg demands “sincerity” and future subservience. I would actually expect him to join Stone and be slightly more enthusiastic about historical research and contextual thinking.

Israel’s propaganda minister’, Yuli Edelstein, was also among those who had condemned Stone’s remarks early Monday. “They are nauseating, anti-Semitic and racist, Not only is he showing ignorance, he is demonizing Jews for no reason and returning to the ‘Protocols of the Elders of Zion.’

Interesting indeed. Stone doesn’t refer to race. There is nothing anti Semitic in his remark whatsoever unless telling the truth is a form of anti Semitism. Moreover, Stone didn’t demonize Jews for being Jews, he described some actions committed by Jewish institutional lobbies, actions that are now academically documented and studied. He did it for a good reason. Stone is probably patriotic or pragmatic enough to gather that peace is important.

“When a man of Stone’s stature speaks in this way”, said Edelstein, “it can bring waves of anti-Semitism and anti-Israel sentiment, and may even damage Jewish communities and individuals.” Edelstein is almost correct. Stone was brave enough to tell the truth about Jewish power, he probably wasn’t courageous enough to stand for it, which is understandable. However, Edelstein and other Jewish leaders better realise that Stone is far from being mad, anti Semitic or racist. Stone told the truth as we all see it.

Instead of silencing criticism, Edelstein, Steinberg and others better look in the mirror because the time is running out for Israel and its supporters

Coming Soon- David Cameron apologizes for telling the truth about Gaza being a prison Camp. 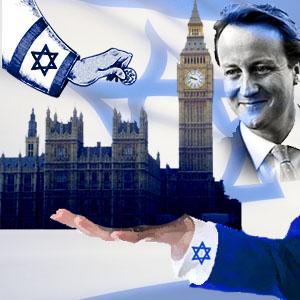 motion below was passed by WEST DUNBARTONSHIRE COUNCIL, WEDNESDAY, 30 JUNE 2010. affirming its current boycott of all Israeli goods

This Council condemns the massacre of 9 peace activists by the Government of Israel, and the continuing blockade of Gaza. Council notes these brave people were trying to deliver 10,000 tons of humanitarian aid to Palestinians in Gaza which has been blockaded since 2007 by the IDF. This Council therefore re-affirms its current boycott of all Israeli goods. Council also agrees to write to all Scottish Local Authorities, Westminster and Holyrood Governments calling on them to implement an immediate boycott of all Israeli goods.

The Israeli government is refusing to pay the cost of medical care for an American-Jewish activist who lost an eye when Border Police officers fired a tear gas canister at her during a demonstration.

Emily Henochowicz, who studying at the Bezalel Academy of Art in Jerusalem and also holds Israeli citizenship, took part in a protest on May 31, shortly after Israel killed nine pro-Palestinian activists in a raid on a Gaza-bound aid flotilla.
Emily Henochowicz

Emily Henochowicz after losing an eye at a protest at the Qalandiyah checkpoint − she was struck by a teargas grenade.
Photo by: Daniel Bar-On

Dozens of activists took part in the protest against the Israeli blockade of Gaza next to the Qalandia checkpoint, south of Ramallah.

According to the IDF, demonstrators began to throw stones at the Border Police, after which the army responded by firing tear gas canisters.

According to Henochowicz, one policeman shot a canister directly at her face, shattering her jaw and causing her to lose her left eye. A Haaretz reporter witnessed the incident.

Following her her treatment at Hadassah Hospital in Jerusalem, Henochowicz’s father, who had traveled from the U.S., was handed a bill for NIS 14,000. Under advice from his lawyer, Michael Sfard, he asked the Defense Ministry cover the expense, but officials refused.

In justifying the refusal, the Defense Ministry claimed the tear gas was not fired directly at Henochowicz.

“The canister ricocheted at her after it rebound off a concrete barrier and changed direction – it was not shot directly at her,” the ministry said in a statement drafted by lawyer Sharon Zimmerman. The statement also accused Henochowicz of putting herself at risk by voluntarily participating in a breach of the peace.

In response, Sfard said that as police were still investigating the incident, it was impossible for the Defense Ministry to judge exactly what occurred.

“Either way, even if wounding of my client was the result of negligence and not criminal intent -even then the State of Israel has a moral, ethical and legal obligation to pay for her treatment,” Sfard wrote.

The Defense Ministry responded: “From our reports, we know that the Border Police acted in accordance with the law at the violent demonstration at Qalandia, and that the shooting of tear gas canisters at demonstrators was justified. Of course, we regret that Emily Henochowicz was wounded in her eye. But under such circumstances, the Defense Ministry does not cover the expenses of medical treatment.”