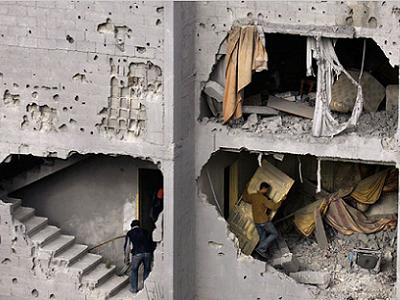 There is still doubt in the minds of serious people about Israel’s attack on the Free Gaza flotilla and the events that lead to the death of 9 of the activists aboard. There can be little surprise of course because the commander of the Israeli Navy, Admiral Eliezer Marom, claims the mission was a success. According to him, thanks to the restraint shown by the Israeli soldiers no innocent activists were hurt, the soldiers returned safely to their base and “9 terrorists were killed.” So there are people, perhaps you event know them, who feel that we should “cut Israel some slack.” Well, I say no!

The people aboard Free Gaza flotilla were brave peace activists and were it not for a work commitment I would have been on that flotilla with them. The claims that they were connected to terrorist organizations are utter nonsense. They had three objectives: to bring much needed humanitarian supplies to Gaza, to provoke and embarrass Israel, and to get world attention to the humanitarian crisis in Gaza. Nine of these activists gave their lives to achieve this.

Armed Israeli commandos attacked the flotilla in international waters in an act of piracy. The people aboard the boat did what every navel officer would tell you was their duty: they heroically defended their ship and their cargo and, as we know, nine people gave their lives in this act of heroism. The Israeli commandos in panic and cowardice fired into the unarmed crowd, killing nine, and thus turned a mishap into an unspeakable tragedy.

Had I been able to go on the Free Gaza flotilla this would have been my third attempt to enter the besieged Gaza where Israel has imprisoned and is slowly starving 1.4 million civilians, including 800,000 children. Palestinians have never had an army, a navy, a tank or a plane, yet they are being held under siege and are constantly attacked, suffering countless civilian casualties, horrific disease and inexcusable misery.

There are claims that the activists upon the Free Gaza flotilla wanted to provoke Israel and that they were not merely innocent peace activist. Well, activism is meant to provoke. Activist is not sitting idly by and watching the world go around. Contrary to the myth many white Americans like to believe, when Rosa Parks boarded a bus and took a seat designated for white people she was not just an African-American woman who was tired. She was an activist who was on a mission; she was there to provoke a system that was rooted in the crime of systemic racist segregation with which parts of this country was plagued. When four African-American students staged the Greensboro sit in February 1960, they did not sit at the whites-only lunch counter just because they were hungry. If we recall MLK Jr., Mahatma Gandhi or Nelson Mandela it is clear that activism is meant to provoke and expose evil, to call attention to it and then to get rid of it. The siege on Gaza is one such evil. The people aboard the flotilla were doing the right thing.

One has to wonder what is worse, to commit a crime or to justify it? Who are worse, those who committed the Jewish holocaust, the Armenian genocide and the enslavement and murder of Africans? Or those who profit, justify or deny these horrors took place? Being Jewish and an Israeli myself, having had a father who was a general in the Israeli and having served in the Israeli army I say this: denying or justifying Israel’s actions is tantamount to denying or defending all crimes against humanity.

– Miko Peled is a writer and Israeli peace activist living in San Diego. His father was the late General Matti Peled, his grandfather Avraham Katsnelson signed the Israeli declaration of independence and his niece Smadar was killed in a suicide attack in Jerusalem. He is the co founder of the Elbanna-Peled Foundation.