After tremendous pressure from the Greek Cypriots, reneging on their agreement with us http://www.cyprus-mail.com/cyprus/cyprus-stops-mps-joining-gaza-flotilla/20100529, we were forced to take our MPs and activists to Famagusta yesterday, on the Turkish/Cypriot side of Cyprus. We spent all day going from one port to the next, surrounded by helicopters and police. Clearly our deal with Cyprus officials had fallen through, and we ended up being pawns in a political soap opera. The Cypriot members of Parliament, the ones who had worked so hard to get us permission to leave, were outraged. The Greek Parliament members finally told us to go to the North. If they could, they would. The Cypriot government said they made their decision because, “The Republic of Cyprus is fighting for its survival” but it didn’t bow to pressure from Israel. As they said this, they bowed their heads.

Authorities mandated that we couldn’t even do that, essentially telling us that, even if we board small boats anywhere in Greek Cyprus from any port, we could not travel outside their territorial limits to go to Gaza. Twenty-seven people were supposed to board, including 9 Cypriots and two Greeks. None of them could come with us as we went North.

Then our two passenger boats mysteriously had mechanical problems at the same time, 3:30 pm. Challenger 2 was able to get 14 delivered to the IHH ship, then limped into the harbor in Limassol after being harassed by Cypriot helicopters http://www.youtube.com/watch?v=BjGoe3Gi-ns&feature=player_embedded, essentially forbidding us to bring our wounded boat into port.

Our other boat, Challenger 1 headed toward Famagusta with 16 passengers. It, too, was wounded, something wrong with the steering.

By the time we were jerked around yesterday. We had started at 7:00 am. By 10:00 pm, we had nowhere to board, and our boats were out of commission.

But we all have Gaza fever, and no one was giving up.

It has taken us all day to find someone on the Turkish side to ferry some of our passengers out to the flotilla who have been patiently waiting five hours away from Cyprus. At 6:00 pm, 20 of our passengers left for the flotilla, and the Swedish MP and the three German MPs are on board. Hedy is not, and we are heartsick that, once again, she will not be able to go to Gaza.

The flotilla leaves for Gaza early in the morning and should arrive tomorrow afternoon. We have persevered… Al Samoud.
—
Greta Berlin, Co-Founder
+357 99 18 72 75
witnessgaza.com
http://www.freegaza.org 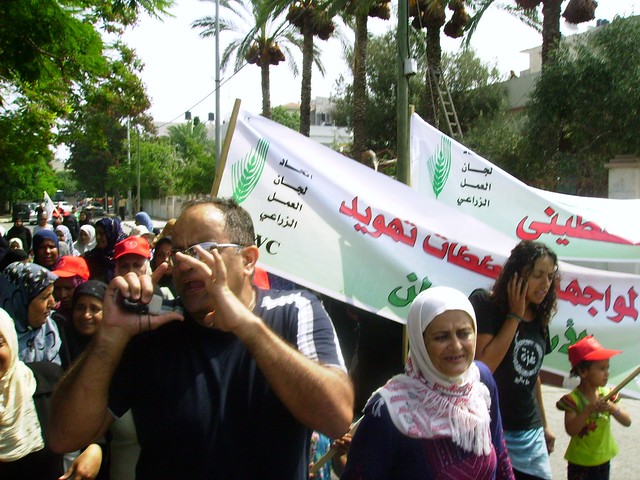 The departure of a flotilla of aid ships to the Gaza Strip in the occupied Palestinian territories has been delayed.

The ships remained near Cyprus, in the Mediterranean Sea, on Saturday after Israel threatened using force to prevent them reaching Gaza.

Hundreds of pro-Palestinian activists are on board the flotilla which aims to reach Gaza in defiance of an Israeli embargo on the territory.

A group of 25 European MPs are to join the flotilla, but some reports said that Cypriot authorities were preventing the politicians from leaving land to join the ships further out to sea.

A decision on exactly when a departure might take place was to be taken later on Saturday, Audrey Bomse of the Free Gaza Movement (FGM) told the AFP news agency.

Focus: Onboard the Freedom Flotilla
Blog: Israel’s navy will have its work cut out
Aid convoy sets off for Gaza
‘Fighting to break Gaza siege’
Born in Gaza
‘The future of Palestine’
Gazan’s rare family reunion abroad
Making the most of Gaza’s woes

“A final decision is expected to be made about the flotilla’s departure as some people are still trying to negotiate their way on the Turkish ship” in the flotilla, Bomse said.

It was expected that the flotilla would set sail on Saturday but only attempt to land in Gaza on Sunday.

The flotilla “will not approach Gaza until tomorrow [Sunday] because we don’t want to enter during the dark. These problems won’t stop us,” Bomse said.

Thomas Sommer-Houdeville, a French activist on board one of the boats, said: “We are currently sailing to the limits of Cypriot waters to try and negotiate with authorities.”

Sommer-Houdeville said that the Cyprus authorities had briefly detained the captians of the boats that were aiming to take the politicians on board on Friday night.

He said that the captains were later released.

The flotilla organisers have said that Cypriot officials have not fulfilled a pledge to let the boats sail from its waters. The activists have alleged that Israeli pressure has swayed the authorities.

Hamas, the de facto rulers of the Gaza Strip, have said that the flotilla was about to make history, sending “a strong message that the blockade imposed on the Gaza Strip … will be broken.”

Israel said the boats were embarking on “an act of provocation” with the Israeli military rather than providing aid, and that it had issued warrants to prohibit their entrance to Gaza.

It asserted that the flotilla would be breaking international law by landing in Gaza, a claim the organisers angrily denied.

Israel has said that it will intercept the boats and detain those on board in the port of Ashdod.

and go here for live show

As the remaining boats of the Freedom Flotilla left for Gaza yesterday, Israel continues to conduct training exercises to stop the convoy “at any cost.” The Freedom Flotilla is expected to arrive at its destination within 48 hours. A violent response from Israel will breathe new life into the Palestine solidarity movement, drawing attention to the blockade. Already in response to Israel’s publicized military threats, the Gaza Freedom March, a coalition focused on breaking the Israeli siege of Gaza, prepares to launch a worldwide emergency campaign consisting of protests, hunger strikes, public relations, and government pressure in the event the peaceful flotilla is attacked or high-jacked by Israel.

Following the technical failure experienced by one of ships from Greece, its passengers have been successfully transferred to the Turkish ship, Mavi Marmara. Eight ships are now en route to Gaza with over 10,000 tons of medical, construction, and school supplies. The flotilla includes some 800 passengers, including 35 MP’s from 15 countries, 20 newscasters, 11 Gaza Freedom Marchers, and various artists and human rights activists.

Gaza Freedom March calls on all world citizens to voice their dissent at Israeli embassies and other points of contact with Israeli officials this week as the flotilla of ships from Ireland, Turkey and Greece loaded with humanitarian aid attempts to dock in Gaza.
Since August 2008 international human rights workers in the Free Gaza Movement have been sending boats to Gaza in order to break the siege. Although the first five voyages successfully docked, the last three attempts have all been violently stopped by the Israeli military.

Israel’s deplorable attacks on unarmed ships are a violation of both international maritime law and the UN Convention on the Law of the Sea, which states that “the high seas should be reserved for peaceful purposes.” There is no law or moral code in the world that allows Israel to forcibly prevent unarmed ships from carrying humanitarian and developmental aid to a suffering and occupied people.

The ongoing blockade of the Palestinian population in Gaza constitutes collective punishment of an occupied civilian population; an act strictly prohibited under Article 33 of the Fourth Geneva Convention, which has created a man-made and deliberately sustained humanitarian catastrophe. In December 2008 Israel unleashed a brutal massacre on Gaza and the war crimes committed in the course of “Operation Cast Lead” in Gaza have been judiciously documented in the “Goldstone Report,” an investigation mandated by UNHCR.

Our response must be commensurate with this crisis. Given the sustained failure of the international community to enforce its own laws and protect the people of Gaza, we strongly believe that we have a moral obligation to directly intervene to uphold international principles.

For up to date info on the flotilla and endorsers see the following web sites:

Our passengers include people from six EU countries and others from the USA. Before departing Dublin, the outgoing EU Ambassador to the USA; His Excellency Mr. John Bruton personally gave me his support for the flotilla stating that ours “is a much needed mission”, wished us well and offered his support. I thanked the former Taoiseach and his wife for their time and interest.

I filmed the Cypriot Police helicopter as it circled and photographed us, before informing us of their orders to forbid us from entering their 12 mile limit, despite the fact that we were experiencing technical difficulties and carrying European parliamentarians.

It is clear that the failure of European governments to successfully oppose the illegal and immoral blockade of Gaza has led to the appalling situation in which Israel has successfully pressurised an EU state into hindering an aid flotilla to Gaza. This is despite the explicit support of John Ging, Head of the UN Relief and Works Agency in Gaza, among other human rights activists and advocates. We urge all European parliamentarians to take tangible action in opposition to the Israeli blockade. Likewise, we call upon Cyprus to reconsider its position.

In addition, we urge Israel to withdraw its threats against this peaceful flotilla and show political maturity by immediately ending its siege of Gaza.

Stay in touch with this address (videos)

stay in touch with them

For over four years, Israel has subjected the civilian population of Gaza to an increasingly severe blockade, resulting in a man-made humanitarian catastrophe of epic proportions. Earlier this month, John Ging, the Director of Operations of the UN Relief and Works Agency for Palestine Refugees (UNRWA) in Gaza, called upon the international community to break the siege on the Gaza Strip by sending ships loaded with humanitarian aid. This weekend, 9 civilian boats carrying 700 human rights workers from 40 countries and 10,000 tons of humanitarian aid will attempt to do just that: break through the Israel’s illegal military blockade on the Gaza Strip in non-violent direct action. In response, the Israeli government has threatened to send out ‘half’ of its Naval forces to violently stop our flotilla, and they have engaged in a deceitful campaign of misinformation regarding our mission.

Israel claims that there is no ongoing humanitarian crisis in Gaza. Every international aid organization working in Gaza has documented this crisis in stark detail. Just released earlier this week, Amnesty International’s Annual Human Rights Report stated that Israeli’s siege on Gaza has “deepened the ongoing humanitarian crisis. Mass unemployment, extreme poverty, food insecurity and food price rises caused by shortages left four out of five Gazans dependent on humanitarian aid. The scope of the blockade and statements made by Israeli officials about its purpose showed that it was being imposed as a form of collective punishment of Gazans, a flagrant violation of international law.”[1]

Israel claims that its blockade is directed simply at the Hamas government in Gaza, and is limited to so-called ’security’ items. Yet When U.S. Senator John Kerry visited Gaza last year, he was shocked to discover that the Israeli blockade included staple food items such as lentils, macaroni and tomato paste.[2] Furthermore, Gisha, the Israeli Legal Center for Freedom of Movement, has documented numerous official Israeli government statements that the blockade is intended to put ‘pressure’ on Gaza’s population, and collective punishment of civilians is an illegal act under international law.[3]

Israel claims that if we wish to send aid to Gaza, all we need do is go through ‘official channels,’ give the aid to them and they will deliver it. This statement is both ridiculous and offensive. Their blockade, their ‘official channels,’ is what is directly causing the humanitarian crisis in the first place.

Stay in touch with them

Haaretz reports today that Israel will attempt to block the humanitarian Freedom Flotilla heading toward Gaza. However, according to the Israeli paper, the humanitarian cargo would then be unloaded, inspected and sent to Gaza overland via the United Nations.