‘I Did Not Know Peacocks Could Fly’

Imported dogs, useless cats, and flying peacocks are all featured in acclaimed Egyptian author Bahaa Taher’s newest collection of short stories, “I Did Not Know Peacocks Could Fly.” The book marks Taher’s return to the medium after a lengthy yet fruitful absence—in the eleven years since the publication of his last collection of short stories, “I Went to the Waterfall,” the author has received the inaugural Arab Booker Award for his landmark novel, “Sunset Oasis.” While the much-celebrated novel was epic in both scope and effect, “I Did Not Know Peacocks Could Fly” offers something else entirely—six deceptively simple tales full of loss, mystery, and the occasional symbolic animal.

The book begins with an endearing tale of an elderly man’s attempts at communicating with his destructive two-year-old grandson. In the hands of a lesser author, this story could have been a load of sentimental pap, but Taher’s dry sense of humor and keen eye for immediately familiar details elevate the narrative to a level that can withstand the weight with which he imbues his characters. When Taher, as the narrator, describes the thoughts going through his head as he helplessly watches his grandson chew through the pages of yet another volume of classic Russian literature, it is humorous because it is the characters, rather than the situation, that feel true.

Taher’s writing is elegantly concise; conjuring strikingly vivid imagery without sacrificing the flow of events. The settings in which his stories take place are captivating and often surreal—an artificial oasis crawling with cats in a flat and barren desert; a lush corporate garden populated by peacocks; a seemingly abandoned, yet heavily guarded mansion looming mysteriously over a run-down neighborhood—however, Taher does not depend on atmosphere alone. The characters, no matter how brief their role may be, appear fully formed and real, with entire lives that extend far beyond the excerpts which the author has chosen to display as evidence of the strangeness of our daily existence.

Despite the fact that the stories comprising “I Did Not Know Peacocks Could Fly” are not necessarily cheerful, the book is still strangely uplifting. As the title might suggest, there is a liberating sense ofnewfound wonder and joy found in the stories, but it is strongly tinted with the pain of having discovered it a little too late in life. Age appears to be a theme, with characters generally sticking to either end of the spectrum, and romantic relationships all seemingly scarred by the passage of time. Yet things are never unnecessarily downbeat. Taher is not an author who relies on melodrama or the suffering of his characters in order to be taken seriously. Instead, Taher writes stories about life–about the growing history of emotions, relationships, dreams and concerns that exists in every one of us.

Perhaps the best thing about “I Did Not Know Peacocks Could Fly” is the ease with which it reads. Taher’s style is instantly accessible, incorporating familiar settings and characters into his intriguing and dreamlike narratives. As a result, the book flows like good conversation between old friends, complete with warmth, humor, and the occasional hint of regret.

“I Did Not Know Peacocks Could Fly” is published by Dar el-Shorouq, and is available at all good bookstores.
source

Peace activist Rachel Corrie died while protesting in front of a bulldozer trying to destroy a Palestinian home in Rafah in March 2003. Photograph: Denny Sternstein/AP

The family of the American activist Rachel Corrie, who was killed by an Israeli army bulldozer in Gaza seven years ago, is to bring a civil suit over her death against the Israeli defence ministry.

The case, which begins on 10 March in Haifa, northern Israel, is seen by her parents as an opportunity to put on public record the events that led to their daughter’s death in March 2003. Four key witnesses – three Britons and an American – who were at the scene in Rafah when Corrie was killed will give evidence, according the family lawyer, Hussein Abu Hussein.

The four were all with the International Solidarity Movement, the activist group to which Corrie belonged. They have since been denied entry to Israel, and the group’s offices in Ramallah have been raided several times in recent weeks by the Israeli military.

Now, under apparent US pressure, the Israeli government has agreed to allow them entry so they can testify. Corrie’s parents, Cindy and Craig, will also fly to Israel for the hearing.

A Palestinian doctor from Gaza, Ahmed Abu Nakira, who treated Corrie after she was injured and later confirmed her death, has not been given permission by the Israeli authorities to leave Gaza to attend.

Abu Hussein, a leading human rights lawyer in Israel, said there was evidence from witnesses that soldiers saw Corrie at the scene, with other activists, well before the incident and could have arrested or removed her from the area before there was any risk of her being killed.

“After her death the military began an investigation but unfortunately, as in most of these cases, it found the activity of the army was legal and there was no intentional killing,” he said. “We would like the court to decide her killing was due to wrong-doing or was intentional.” If the Israeli state is found responsible, the family will press for damages.

Corrie, who was born in Olympia, Washington, travelled to Gaza to act as a human shield at a moment of intense conflict between the Israeli military and the Palestinians. On the day she died, when she was 23, she was dressed in a fluorescent orange vest and was trying to stop the demolition of a Palestinian home. She was crushed under a military Caterpillar bulldozer and died shortly afterwards.

A month after her death the Israeli military said an investigation had determined its troops were not to blame and said the driver of the bulldozer had not seen her and did not intentionally run her over. Instead, it accused her and the International Solidarity Movement of behaviour that was “illegal, irresponsible and dangerous.”

The army report, obtained by the Guardian in April 2003, said she “was struck as she stood behind a mound of earth that was created by an engineering vehicle operating in the area and she was hidden from the view of the vehicle’s operator who continued with his work. Corrie was struck by dirt and a slab of concrete resulting in her death.”

Witnesses presented a strikingly different version of events. Tom Dale, a British activist who was 10m away when Corrie was killed, wrote an account of the incident two days later.

He described how she first knelt in the path of an approaching bulldozer and then stood as it reached her. She climbed on a mound of earth and the crowd nearby shouted at the bulldozer to stop. He said the bulldozer pushed her down and drove over her.

“They pushed Rachel, first beneath the scoop, then beneath the blade, then continued till her body was beneath the cockpit,” Dale wrote.

“They waited over her for a few seconds, before reversing. They reversed with the blade pressed down, so it scraped over her body a second time. Every second I believed they would stop but they never did.”

While she was in the Palestinian territories, Corrie wrote vividly about her experiences. Her diaries were later turned into a play, My Name is Rachel Corrie, which has toured internationally, including to Israel and the West Bank.

Other foreigners killed by Israeli forces

Iain Hook, 54, a British UN official, was shot dead by an Israeli army sniper in Jenin in November 2002. A British inquest found he had been unlawfully killed. The Israeli government paid an undisclosed sum in compensation to Hook’s family.

Tom Hurndall, a 22-year-old British photography student, was shot in the head in Rafah, Gaza, in April 2003 while helping to pull Palestinian children to safety. In August 2005 an Israeli soldier was sentenced to eight years for manslaughter.

James Miller, 34, a British cameraman, was shot dead in Gaza in May 2003. He was leaving the home of a Palestinian family in Rafah refugee camp at night, waving a white flag. An inquest in Britain found Miller had been murdered. Last year Israel paid about £1.5m in damages to Miller’s family.

Chossudovsky: US will start WW3 by attacking Iran

A UN nuclear watchdog report suggests Iran could be developing a nuclear bomb, apparently confirming long-held suspicions in the West. But Tehran denies the claims, again insisting that its atomic intentions are peaceful. Michel Chossudovsky, who’s from an independent Canadian policy research group, believes that what Iran says hardly matters, because the U.S. is planning for war…

Invincible: ‘you can’t disconnect a people from the importance of place’

A “docu-music-video” of Detroit MC Invincible’s song People Not Places. Kabobfest calls it the “greatest hip hop song for Palestine ever.”The video, like the song, is a powerful indictment of both the ongoing dispossession of the Palestinian people, and attempts to shield young American Jews from this reality through programs like Birthright.

Be sure to watch the entire thing. The video continues after the song is over to show how there are some very similar conditions to Israel/Palestine right here in the US, and that as hopeless as the situation might feel at times there is an amazing capacity for change. 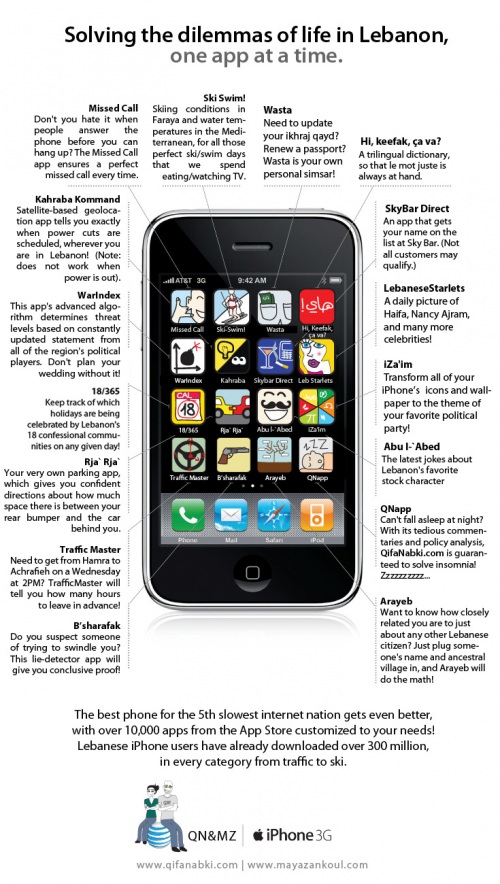 Jenin Jenin depicts the true story of Israeli colossal barbarism. There is no doubt left, the Jewish State is the ultimate enemy of humanity and humanism. It also presents the Palestinian ordeal facing the Zionist evil. Clearly, surviving the Israeli occupation is nothing but heroism.

Soon after Jenin Jenin was released, after only three showings, the film was banned by the Israeli Film Board (2002), accusing the film of being libellous for calling itself a documentary despite documenting only one ‘side’ of the story. One may ask the Israeli Film Board whether they also ban holocaust documentaries for failing to present the Nazi or even the SS ‘side’ of the story.

Bakri petitioned the High Court of Justice against the censor for prohibiting the screening of the film on the grounds that it distorted the truth. After a long fight, the court rejected the censor’s decision.

In 2004, the Israeli High Court finally upheld its earlier overturn of the ban, but joined the Film Board in labelling the film a “propagandistic lie,” based on Israeli sources which acknowledged only 52 Palestinian deaths, 38 of whom Israeli sources argued were armed fighters.

In 2007, five IDF soldiers who participated in the Jenin refugee camp massacre sued the Cinamatheques in Tel Aviv and Jerusalem for screening the film in the midst of the ban, and sued Bakri for 2.5 million NIS for producing the film. In July 2008 Bakri was acquitted of the charges.

Lyad Samoudi the film’s Executive Producer, was killed at Alyamoun at the end of the filming by Israeli soldiers on 23 June 2002.