Efforts to prosecute those who may have committed war crimes in Israel’s war on Gaza have spread beyond the Middle East.

A lawyer in South Africa has identified 75 South African nationals who he says were fighting with the Israeli army in the war earlier this year.

Feroze Boda, based in Johannesburg and working on behalf of two local pro-Palestinian organisations, says the soldiers should face court action for their involvement. 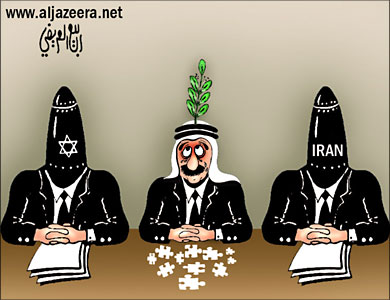 Adrian Agassi believes Israel has a biblical claim to territory beyond its borders. Photograph: Ammar Awad/Reuters

29 October 2009
The Palestinians need humanitarian aid because of the situation created by Israel, but more than this, Israel needs to be confronted politically, argues Huwaida Arraf, leader of the Free Gaza Movement and co-founder of the International Solidarity Movement.

In an exclusive interview with Khaleej Times, Huwaida and Adam Shapiro, a human rights activist and documentary filmmaker, spoke at length about their mission, that is aimed at helping the besieged Palestinians and defying the Israeli siege of Gaza until it is lifted.