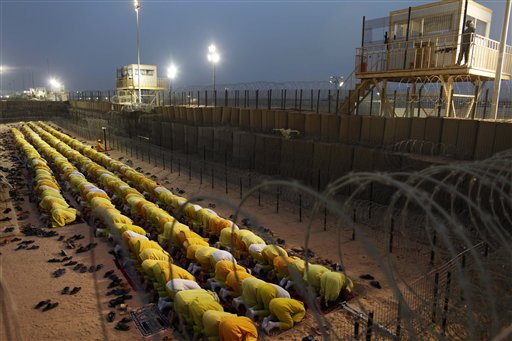 CAMP BUCCA, Iraq — The U.S. military on Wednesday closed Camp Bucca, an isolated desert prison that was once its largest lockup in Iraq, as it moves to release thousands of detainees or transfer them to Iraqi custody before the end of the year.

The sprawling facility just north of the Kuwaiti border has held thousands of men over the years, including the most dangerous in U.S. custody – Sunni insurgents, Shiite extremists and al-Qaida in Iraq suspects swept up from battlefields over six years of war.

Iraqi officials say some who have been freed have returned to violence.

“They’ve been vetted as some of the most dangerous threats not only to Iraq but internationally,” said Lt. Col. Kenneth King, the commander of the Bucca detention facility.