War is Peace, Freedom is Slavery, Ignorance is Strength, and Debt is Recovery 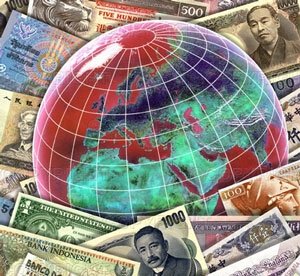 In light of the ever-present and unyieldingly persistent exclamations of ‘an end’ to the recession, a ‘solution’ to the crisis, and a ‘recovery’ of the economy; we must remember that we are being told this by the very same people and institutions which told us, in years past, that there was ‘nothing to worry about,’ that ‘the fundamentals are fine,’ and that there was ‘no danger’ of an economic crisis.

Why do we continue to believe the same people that have, in both statements and choices, been nothing but wrong? Who should we believe and turn to for more accurate information and analysis? Perhaps a useful source would be those at the epicenter of the crisis, in the heart of the shadowy world of central banking, at the global banking regulator, and the “most prestigious financial institution in the world,” which accurately predicted the crisis thus far: The Bank for International Settlements (BIS). This would be a good place to start.

The economic crisis is anything but over, the “solutions” have been akin to putting a band-aid on an amputated arm. The Bank for International Settlements (BIS), the central bank to the world’s central banks, has warned and continues to warn against such misplaced hopes.