Dalal has lost her family and found refuge at her grandmother’s. Only the cat survived. 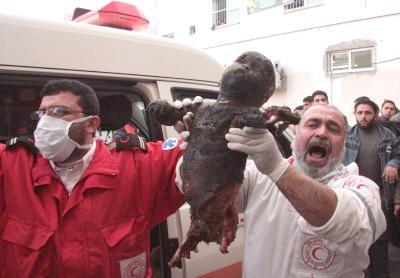 As Barack Obama approaches the helm of the American ship of state, he is facing many challenges.

Just as she was being born at the dawn of her journey into history, the American nation is poised on the brink of a new beginning. In those revolutionary times, America faced a roiling sea of danger, uncertainty and trepidation. Today, after more than two centuries of venture, America moves forward beyond and away from the final and most tragic acts of the second Bush presidency.

The American journey has been filled with triumph and tragedy. Triumph over the bonds of colonialism transformed into the tragedy of slavery, Manifest Destiny and the genocide of Native Americans followed by Civil War. Abolition began to right the wrongs of slavery, but America careened forward into the excesses of the Gilded Age and the arrogance of her Imperialist Presidency that extended her empire to the islands of the Pacific Ocean and the Caribbean Sea.

The Roosevelts expanded the American vision to encompass economic justice, environmental preservation and the duty to deliver peace beyond our borders. At the same time, American philosophers advocated the virtue of selfishness, the goodness of greed and the siren song of supply side trickle down economic miracles, while Martin Luther King, Jr. marched to the beat of a different drummer to demand the fulfillment of civil rights for our black brothers and sisters.