Free Gaza : End of an Odyssey 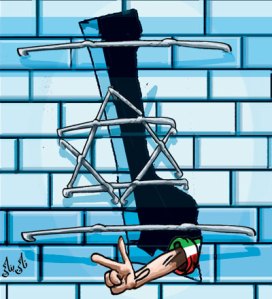 Now, a few days after my release from jail in the wake of my trip to Gaza, I’m posting a few notes to sum things up.

First, the mission of the Free Gaza Movement to break the Israeli siege proved a success beyond all expectations. Our reaching Gaza and leaving has created a free and regular channel between Gaza and the outside world. It has done so because it has forced the Israeli government to make a clear policy declaration: that it is not occupying Gaza and therefore will not prevent the free movement of Palestinians in and out (at least by sea). (Israel’s security concerns can easily be accommodated by instituting a technical system of checks similar to those of other ports.)

Any attempt on the part of Israel to backtrack on this – by preventing ships in the future from entering or leaving Gaza with goods and passengers, including Palestinians – may be immediately interpreted as an assertion of control, and therefore of Occupation, opening Israel to accountability for war crimes before international law, something Israel tries to avoid at all costs.

Gone is the obfuscation that has allowed Israel to maintain its control of the Occupied Territories without assuming any responsibility: from now on, Israel is either an Occupying Power accountable for its actions and policies, or Palestinians have every right to enjoy their human right of travelling freely in and out of their country.

Israel can no longer have it both ways. Not only did our two little boats force the Israel military and government to give way, then, they also changed fundamentally the status of Israel’s control of Gaza.